The UK’s Prudential Regulation Authority (PRA) and Financial Conduct Authority (FCA) have launched a joint consultation on the removal of the bonus cap requirements that apply to UK banks, building societies, PRA-designated investment firms and third-country branches that are subject to the Remuneration Part of the PRA Rulebook and the FCA’s SYSC 19D Dual-regulated firms Remuneration Code. The deadline for consultation responses is 31 March 2023.

The bonus cap derived from the EU’s Capital Requirements Directive IV that was published in 2014 and transposed in the UK in line with the UK’s legal obligations as an EU member state at the time. The then UK Chancellor, George Osborne, unsuccessfully challenged the imposition of this requirement at the time, with the bonus cap being criticised for hindering the UK’s ability to compete for talent with other key financial centres, such as New York and Singapore.

The bonus cap has also been criticised for its role in driving up fixed remuneration, which is not ‘at risk’ or subject to deferral, payment in instruments, malus or clawback, thereby reducing a firm’s ability to adjust costs to absorb losses in a downturn. This is due to the fact that firms, to remain competitive on total remuneration, would need to pay higher fixed remuneration to permit higher variable remuneration to be awarded. The Bank of England explored this practice in a study that was published yesterday.

In September 2022, as part of the ‘mini-budget’ delivered by the then UK Chancellor, Kwasi Kwarteng, the government announced that it would remove the bonus cap to help the City of London to remain competitive with other key financial centres and to help boost productivity. Although most of the other aspects of the mini-budget have since been dropped, the decision to remove the bonus cap remained. The PRA and FCA have a statutory duty to consult when changing rules and that is the reason for the present joint consultation.

The key points raised in the consultation paper are as follows:

The proposed changes are subject to consultation and so the final policy changes may differ to those set out in the consultation paper. The consultation closes on 31 March 2023. Comments or enquiries should be sent to CP15__22@bankofengland.co.uk or to: Governance Remuneration and Controls Policy Team, PPD, Prudential Regulation Authority, 20 Moorgate, London EC2R 6DA.

Tapestry comment
The proposed removal of the bonus cap will be welcomed by many firms. Many firms that we have spoken to consider the bonus cap to have had no positive impact on limiting risk-taking and have noted that it instead raises fixed costs, increases the cost and time burden of compliance and hinders the firm’s competitiveness with other UK businesses and overseas competitors.

It is important to note that the removal of the bonus cap will generate a range of practical challenges that firms should start to consider as soon as possible. The following are a few indicative examples:

Firms will also need to update any applicable documentation and policies which may refer to the bonus cap, such as the firm’s remuneration policy, directors’ remuneration policy (if applicable) and any Material Risk Taker letter or other communications. We would be happy to help with identifying and then making these updates, if helpful.

Firms should carefully consider the proposals and respond to the consultation paper with any comments or concerns that they may have. In particular, the regulators encourage firms that believe they may be disproportionately disadvantaged by the proposed timing of the final policy to respond on this point.

If you would like to discuss these changes, particularly how you may navigate the practical challenges that may arise due to the removal of the bonus cap, please do reach out to me or to your usual Tapestry contact. 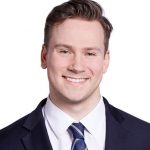