A recent decision of the Ghent Labour Court of Appeal has added support to the position taken by the National Social Security Office (NSSO) in 2018 that equity incentives offered by a foreign parent to participants in Belgium are always subject to social security contributions.

NSSO announcement in 2018
In 2018, the NSSO issued an Administrative Instruction that Belgian social security contributions would now be due on all work related benefits, even where the local employer in Belgium does not provide the payment or grant the benefit. Prior to this announcement, the generally accepted position was that, for employee share plans offered by foreign companies, so long as there was no recharge by the parent company to the local employer, or no other ‘intervention’ by the local employer in the plan, social security was not due on the share plan income (see our newsletter here).

Court cases
Since 2018, the Belgian courts have twice upheld the position taken by the NSSO.

Sisley case (May 2019)
In the first case,  the French cosmetics company Sisley paid commissions to employees of a Belgian company for the sale of Sisley products.  In upholding an earlier Appeal Court decision, the Supreme Court found that the commissions were a salary benefit paid to the employees as remuneration for work performed under an employment agreement with the Belgian employer.  The court held that social security was payable on the benefits and that it did not matter that the benefits were granted and paid for by a third party.

Esko case (July 2020)
The second case looked at the treatment of RSUs granted by Esko, a US company, to employees of it’s Belgian subsidiary. The court found that as the incentive plan documents stated that nothing in the plan created an employment contract between the Belgian employees and the US parent, the only avenue available for employees to raise any concerns over their entitlement under the plan was directly to the local employer.  The fact that the Belgian employer was also able to nominate participants for the incentive plan helped to reinforce the court’s view that there was a clear link between the employer and the plan.

Tapestry Comment
Although the Esko case could yet be appealed, the direction of traffic on this issue has all gone one way and it is increasingly unlikely that Belgian courts will find against the argument that income received by participants in Belgium under an incentive plan is subject to social security, even where the benefit is provided by the foreign parent.

The prudent advice following the NSSO announcement in 2018 was to withhold and pay social security and the  judicial support for the NSSO underscores that position.  The  introduction of a new tax withholding and reporting regime in March 2019, which subjects all share plan income to monthly reporting to the tax authority (see our newsletter here), puts additional stress on the need for compliance. To the extent that you have not already done so, companies should ensure that the social security implications have been discussed with local employers as well as employees.

If you have any questions regarding this newsletter or any other topics, or we can provide any further information about how these changes impact your share plans, please do contact us - we would be delighted to help! 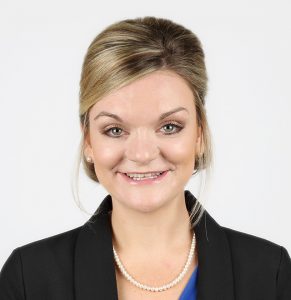